Every once in a while we stumble upon an unexpected adventure and Maquoketa Caves in Iowa is one of those places. Nestled between emerald green rolling hills that are dotted with grazing cattle and golden fields of grain, Mother Earth has twisted herself into a wondrous system of tunnels and cliffs. Oozing with adventure, the trails at Maquoketa Caves take you up and down, in and out and through some of nature’s most fun scenery.

If I had told Jake and Zac we were going hiking, they would have complained all the way there. They don’t like walking around for the sake of walking around, but they will walk for hours in search of something… So we don’t go hiking we go hunting for dinosaur bones, fairies, elves, gnomes, smurfs and anything else that strikes their imagination. 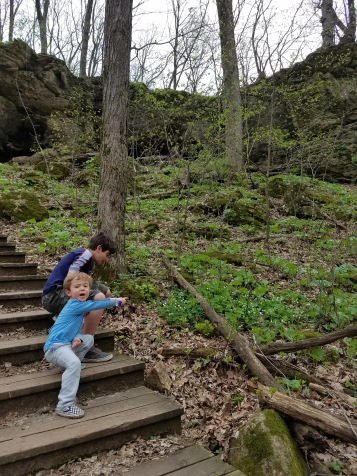 I wish I could claim this parenting hack as my own, but as anyone that has ever ventured out in nature knows – it’s simply filled with a sense of magic. The valleys and peaks of Maquoketa Caves seemingly captures this magic, and it took less than five minutes for Jake and Zac to spot a possible gnome village carved out of a fallen tree nearly lost in the tiny white flowers that covered the forest floor. 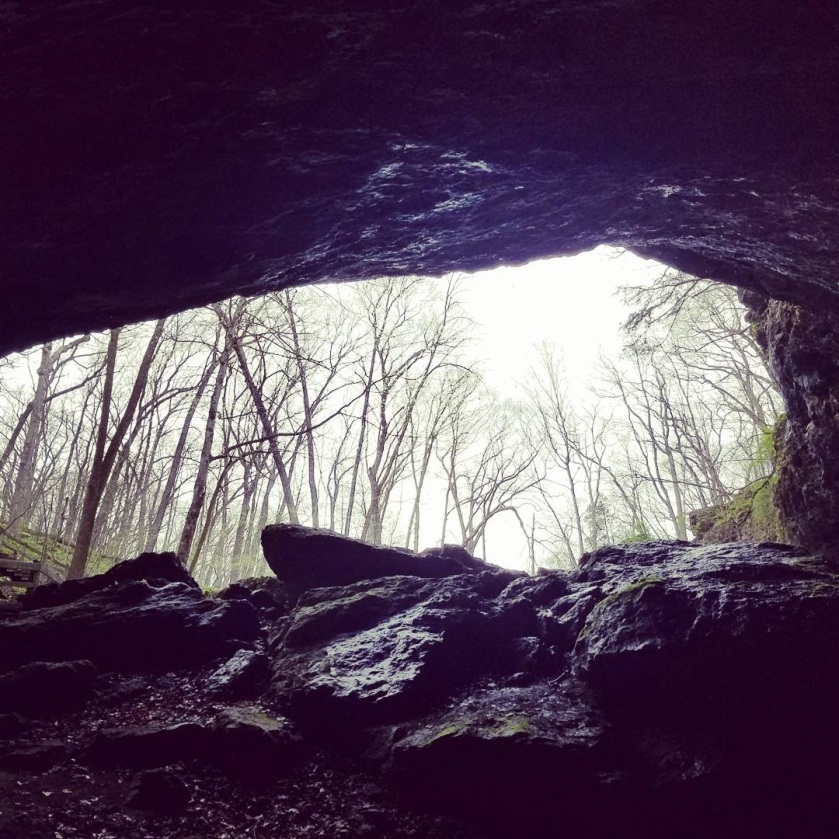 There is also a sense of danger that precariously balances on each tree and boulder dangling on the edge of every rocky outcropping. Some of the tunnels get very tight and you have to crawl to get through. Consequently, you will want to bring head lamps and a possible change of clothes if you plan to go that deep into the caves. We were not able to venture that deep into the caves because it was too rainy and wet when we were there, so we stuck to the larger caves.

Maquoketa Caves is filled with a sense of magic that kids will love! It’s also brimming with the adrenaline-inciting sense of danger that grown-kids adore!